Amãna Bank Football Team emerged Champions at the recently concluded Mercantile B Division Knockout Tournament 2018, organized by the Mercantile Football Association (MFA) of Sri Lanka. The team recorded an emphatic victory, trouncing Sampath Bank by 4 goals to Nil at the final, to clinch the Championship for the first time in the Bank’s history. Goals for Amãna Bank were scored by skipper Mohamed Sajid (2 goals), Mohamed Infas and Farshad Ahamed. At half time Amãna Bank led 1-0.

Amãna Bank had performed well right throughout the tournament with some sleek footwork and fast-paced football, giving spectators great entertainment. In the first round (Pre-Quarters) Amãna Bank beat Sri Lanka Telecom after a thrilling 6 to 5 penalty shoot-out and at the Quarter Finals the team recorded a comfortable 5-0 victory against Singer Sri Lanka. Meeting Commercial Leasing and Finance in the Semi-Finals, Amãna Bank continued its winning streak defeating the much-fancied outfit 2-0 making its way to the Finals. 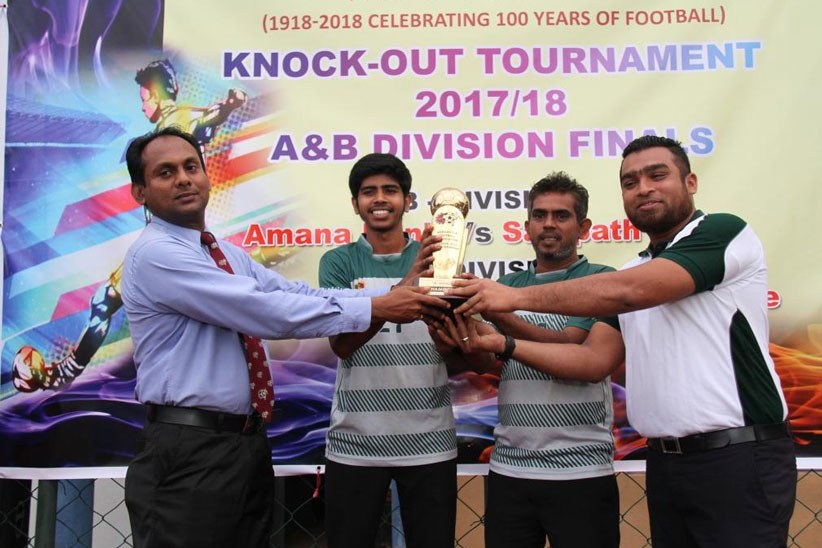