Amana Bank was recognized as one of those institutions that had brought in foreign investments into Sri Lanka during the most difficult period of terrorism in the country, at the Global Commerce Excellence Awards ceremony held at The Kingsbury hotel in Colombo recently. The gala ceremony was led by the Central Bank of Sri Lanka and supported by the Board of Investment of Sri Lanka, the Airport Aviation Services of Sri Lanka, the Sri Lanka Ports Authority and the Shippers' Academy Colombo. The event recalled memories of the hardships commerce and businesses had been through in the dark period of terrorism in the country and honoured all those companies and institutions that had firmly stood by the country and strengthened themselves by bringing in new foreign investments in that period.

Amana Bank was promoted by Amana Investments Limited and is the first Sharia-based commercial bank in the country licensed by the Central Bank of Sri Lanka. The bank was able to negotiate and attract key strategic investors such as Bank Islam Berhad of Malaysia, the Islamic Development Bank based in Saudi Arabia, AB Bank of Bangladesh and other foreign investors to establish itself as the country's first Sharia-based bank amidst trying local conditions during the height of terrorist activity in the country.

The bank's Managing Director, Faizal Salieh, collected the award from the Governor of the Central Bank of Sri Lanka, Mr Ajith Nivard Cabraal, in the presence of a large gathering of the private sector and Government officials, diplomats and the Resident Representative of the IMF in Sri Lanka, Dr Koshy Mathai.

Speaking soon after the awards, Salieh said "It is a wonderful idea to recognize the institutions that worked hard and built themselves in the field of commerce and business during the crisis period and honour them this way. We built a bank amidst all the hardships we faced during this time and were able to successfully convince, negotiate and bring in strategic investors from the Far East and the Middle East in particular when most international investors were shying away from Sri Lanka due to the high country risk situation at that time. We had the passion and the determination to build a new bank on an entirely new business model despite the obstacles and high risks in the external environment and we did it for our country and our people."

Amana Bank today is a bank that has in its shareholder base three other strong international banking institutions such as Bank Islam, Islamic Development Bank and AB Bank all of which have strategic shareholdings in the bank. The Malaysian-based Bank Islam stood firmly with Amana Investments from its very inception and increased its investment substantially when the new Amana Bank was formed. The Islamic Development Bank, which is a highly rated global development banking institution, even went as far as making a fundamental change in its investment policy to invest in Amana Bank. "These are significant milestones in our history" quipped Salieh. 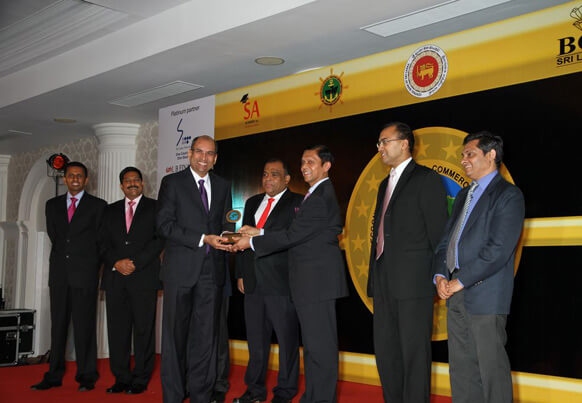