Amãna Bank continued its positive growth trajectory into 2018 with a strong Q1 performance of 144% YoY growth in Profit After Tax, recording Rs 162.8 million against Rs 66.6 million posted in Q1 2017. The successful quarter saw the Bank’s Profit Before Tax increase to Rs 226.1 million from Rs 92.5 million recorded a year ago.

Continuing to strengthen its core banking income, the Bank posted a 41% YoY growth in Net Financing Income to close the quarter at Rs 791.3 million, which led to a healthy increase in the Bank’s Financing Margin to 4.6%. The Bank’s Net Fee and Commission Income grew by 24% to record Rs 71.7 million. Net Operating Income grew by a commendable 26% to Rs. 857.7 million during the period despite making impairment provisions of Rs 104.1 million. Having maintained the increase in Operating Expenses within 6%, the Bank was able to record a significant 85% YoY Growth in Operating Profit Before VAT and NBT to close the quarter at Rs 323.0 million.

During the period, the Bank grew its Total Assets to Rs 67.0 billion. The Bank’s core banking business continued its upward trend as customer deposits and advances recorded steady progress, closing the quarter at Rs 53.1 billion and Rs 44.8 billion respectively. The Bank maintained a Gross Non-Performing Advances Ratio of 2.20% while Net Non-Performing Advances Ratio stood at a healthy 0.81%, well below the industry average.

Commenting on its Q1 results, the Bank’s Chief Executive Officer Mohamed Azmeer said “I am confident that this performance will give added impetus for the rest of the year, ensuring our alignment to the targets set out in our 5-year strategic plan. Our success thus far is owing to the longstanding confidence placed in us by our valued stakeholders for which we are truly grateful. Reciprocating them through strong results continues to be our utmost priority.”

Amãna Bank PLC is a stand-alone institution licensed by the Central Bank of Sri Lanka and listed on the Colombo Stock Exchange with Jeddah based IDB Group being the principal shareholder having a 29.97% stake of the Bank. The IDB Group is a ‘AAA’ rated multilateral development financial institution with an authorized capital of over USD 150 Billion which has a membership of 57 countries. Fitch Ratings, in October 2017, affirmed Amãna Bank’s National Long Term Rating of BB(lka) with a Stable Outlook. Amãna Bank does not have any subsidiaries, associates or affiliated institutions representing the Bank. 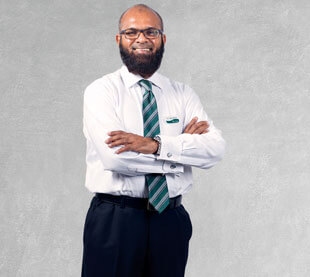