Amãna Bank recently joined hands with EDEX Nenapahana, the CSR arm of EDEX Expo, as the Main Sponsor to support the EDEX underprivileged schools outreach program. Through this partnership Amãna Bank will be providing essential schooling packs for deprived students from two rural schools, and the distribution will take place coinciding with the EDEX Expo on 18 January 2020 at BMICH.

Commenting on this partnership Amãna Bank’s Chief Financial Officer Ali Wahid said “Over the years we have seen EDEX Nenapahana contributing immensely to uplift the educational standards of rural schools, and we are honoured to support their cause, as Amãna Bank cherishes supporting projects which focus on children.”

The overall emphasis of Amãna Bank’s CSR strategy is towards initiatives that support children, mainly focusing on their health, education and general well-being amongst other key needs. Amãna Bank’s flagship CSR venture OrphanCare, which was launched in the beginning of 2019, continues to make headway and has so far benefitted over 2,500 orphans in the country, irrespective of their race, ethnicity or religion. The Bank also engages its staff in carrying out its CSR initiatives with much interest to encourage a culture of sharing and giving back to society.

EDEX Nenapahana endeavours to provide equitable access to education amongst marginalised and deprived student communities in rural and remote regions of the country. Within a span of 8 years EDEX Nenapahana has reached out to over 130 deserving schools in 20 districts; with many more engagements planned for the future. EDEX Expo, Sri Lanka’s largest education and job fair will take place on 17 to 20 January 2020 at BMICH and on 24 to 25 January 2020 at KCC Kandy. 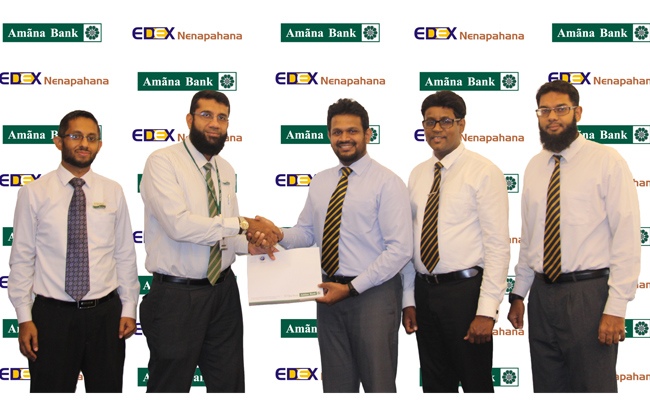