Having taken over the realms of an unregulated non-bank financial institution which was practising a unique financing concept and transforming and migrating its entire business into a new licenced commercial bank and setting the standards for an industry benchmark during his tenure, Mr Faizal Salieh recently relinquished his services as the Managing Director/CEO of Amãna Bank.

Mr Salieh joined the then Amãna Investments Limited in 2004 as its Managing Director and led the company towards obtaining the banking licence and the subsequent formation and launch of Amãna Bank in 2011. He played a key role in facilitating appropriate changes to the country's regulatory, legislative and fiscal framework to support Islamic banking. During his tenure at the helm of the Bank, Mr Salieh was successful in expanding its reach and introducing novel products and convenient services. As a result, the Bank was able to record a triple-digit growth in customer advances and a healthy growth in customer deposits. He was instrumental in establishing good governance and compliance standards on par with regulatory requirements and industry best practices.

Mr Salieh played a significant lead role in the Bank's capital raising process and listing in the CSE. Additionally, he played the lead role in initiating and heading a dedicated Committee on Islamic Banking under the aegis of the Sri Lanka Banks' Association. The Bank had won many local and international accolades under his leadership including Best Islamic Bank in Sri Lanka (IFN Awards), Best Up and Coming Islamic Financial Institution in the World and Best Islamic Financial Institution in Sri Lanka (Global Finance Magazine). He has delivered talks representing the Bank and the local industry at many global and local conferences and forums on Islamic finance.

With his retirement, Mr Salieh completes nearly four decades of dedicated services in conventional, development and Islamic banking both in Sri Lanka and overseas including holding senior management positions in Grindlays Bank, ANZ Bank and the National Development Bank.

To bid adieu and felicitate Mr Salieh's achievements, the Bank recently held a farewell ceremony. Speaking on the retirement of Mr Salieh, the Bank's Chairman Mr Osman Kassim said "10 years of Faizal's dedication and leadership has been instrumental in the establishment of the first Islamic bank as well as in fostering the growth of the Islamic finance industry in Sri Lanka. On behalf of everyone at Amãna Bank, I am very grateful for the yeoman services provided by Faizal in bringing the Bank to where it is today. Over the years Faizal has lived up to the numerous challenges the Bank has had to face and has reaped fruitful results which augur well for the Bank. I wish him a happy retirement as he begins a new chapter in life."

Mr Salieh has been succeeded by Mr Mohamed Azmeer as the CEO of the Bank. 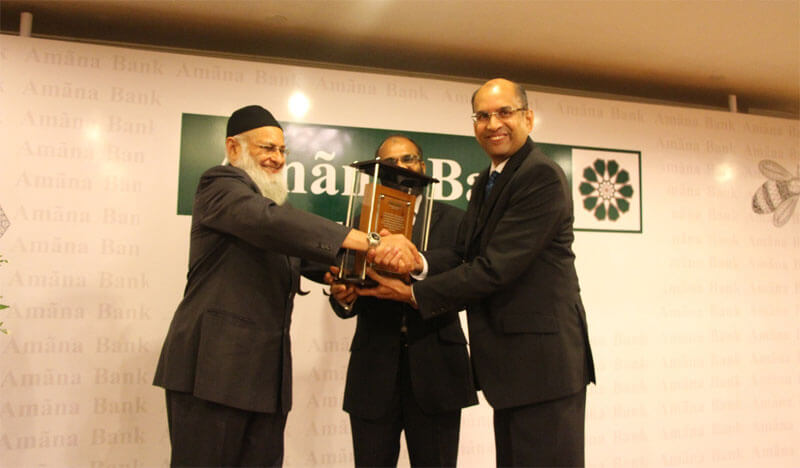