Addressing the gathering Mr Faizal Salieh said "We want to have a strong presence in the Eastern Province as we see tremendous potential and opportunities in this area in the post-conflict era. With our unique banking proposition based on the principals of Fairness, Justice and Equity we believe that we can add a new value-adding dimension to the growth and development of the Consumer and the SME business segments in this area, particularly agriculture, fisheries and trading."

The Bank has aggressive plans to expand its reach this year and introduce new products and services to offer greater convenience to its customers.

Amana Bank is the first Licensed Commercial Bank in Sri Lanka which fully functions on the principles of Sharia banking. Powered by the stability and the support of its strategic shareholders Bank Islam Malaysia Berhad, the Islamic Development Bank based in Saudi Arabia and AB Bank in Bangladesh, Amana Bank is making an aggressive journey in the Sri Lankan banking industry. While already being the market leader in Sharia-based banking, Amana Bank is focused on capitalizing on the growing market potential for this unique banking concept among all communities in the country. 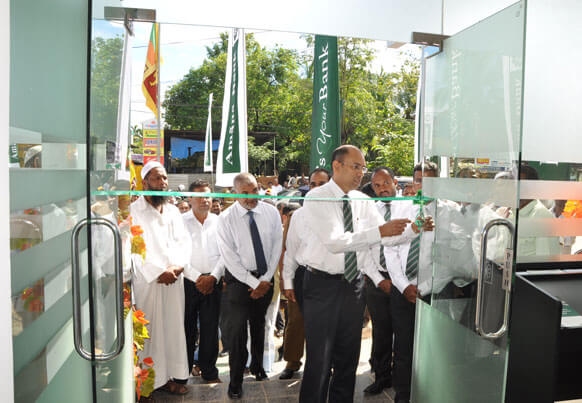