Amãna Bank has showcased resilience by recording a 9 month Profit After Tax of Rs 431.0 million in 2019, in line with Rs 430.0 million that was achieved during a relatively favorable economic environment in the corresponding period of 2018. Profit Before Tax for the 9 months ending 30 September 2019 stood at Rs 598.6 million, compared to Rs 597.1 million achieved in the same period of 2018. Consequent to the sustained profitability achieved during the last few years and having paid its inaugural dividend last year, the Bank declared its second dividend in September 2019 resulting in a total payout of over Rs 200 million.

Due to growing acceptance of the Bank’s business model, Financing Income for the 9 months grew by 16% YoY to Rs 5.74 billion from Rs 4.95 billion posted in 2018 while Net Financing Income recorded a marginal increase to read at Rs 2.43 billion. The Bank achieved a Net Trading Income of Rs 566.9 million resulting in the Bank’s Total Operating Income growing by 11% YoY to reach Rs 3.23 billion from Rs 2.90 billion. Net Operating Income after accounting for impairment charges grew by 12% YoY to reach Rs 2.94 billion from Rs 2.62 billion. Operating Profit Before Value Added Tax, Nation Building Tax & Debt Repayment Levy stood at Rs 987.3 million reflecting a YoY growth of 5%. Total taxes amounted to Rs 556.3 million or effectively 56% of such Operating Profit recorded for the period.

Despite current market conditions and overall tightness of liquidity, Customer Deposits continued to grow during the 9 months ending 30 September 2019 to achieve a commendable 13% growth to close at Rs 69.4 billion whilst the Advances portfolio grew by 9% during the same period to close at Rs 57.4 billion. As a result, the Bank’s Total Assets grew by 8% to close the quarter at Rs 83.6 billion.

With the overall banking industry being challenged with high non-performing advances, Amãna Bank’s Gross Non Performing Advances and Net Non Performing Advances continued to remain within industry norms, closing at 4.63% and 2.34% respectively. The regulatory capital ratios stood at a healthy level as the Bank closed the quarter with Total Capital Ratio being 17.1%. The Bank’s Return on Equity improved to 4.7% from 4.6% recorded in December 2018.

Commenting on the Bank’s 9 month performance Chief Executive Officer Mohamed Azmeer said “I am pleased to observe the Bank’s resilient performance during the first nine months of 2019, which has resulted in sustaining our trend in profits. Such performance during challenging times is truly encouraging and I am confident that the Bank will reap further rewards during the latter part of the year to end on a strong note. I am once again grateful to our customers, shareholders and employees for their overwhelming support and loyalty.”

Amãna Bank PLC is a stand-alone institution licensed by the Central Bank of Sri Lanka and listed on the Colombo Stock Exchange with Jeddah based IDB Group being the principal shareholder having a 29.97% stake of the Bank. The IDB Group is a ‘AAA’ rated multilateral development financial institution with an authorized capital base of over USD 150 Billion which has a membership of 57 countries. Fitch Ratings, in June 2019, affirmed Amãna Bank’s National Long Term Rating of BB(lka) with a Positive outlook. Amãna Bank does not have any subsidiaries, associates or affiliated institutions representing the Bank. 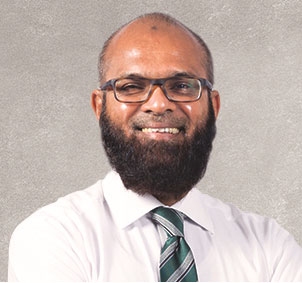