Collecting the accolades at the award ceremony, the Bank’s Chief Executive Officer Mohamed Azmeer said “We are truly honoured by this award. Amãna Bank operating in Sri Lanka being recognized as the Best Up and Coming Islamic Bank of the World is truly significant considering that Muslims represent only 10% of the country’s population. Since the Banks inception in August 2011, we have been committed to drive the unique value proposition offered by the Islamic Banking model to all Sri Lankans. It is this focus which has resulted in the exceptional growth we have witnessed at Amãna Bank which in turn has brought us this prestigious award and recognition.”

Mr Azmeer further said “Our progress is the result of the overwhelming confidence placed on us by our customers which have been earned through the teamwork and dedication from every single employee of the Bank right up to the Corporate Management along with the direction of the Board towards driving the Bank and its Model to its full potential. With the grace of the Almighty and support from all stakeholders, we will continue to make strong strides forward making a real impact on the country’s economy by enabling growth and enriching lives”

All Global Finance award winners are picked through a rigorous process of extensive consultations with bankers, corporate finance executives and analysts throughout the world. Global Finance is a monthly magazine founded in 1987 and boasts of circulation of over 50,000 in 163 countries. Its headquarters is in New York, with offices in London, Rio de Janeiro and Milan

Amãna Bank is the first Licensed Commercial Bank in Sri Lanka to operate in complete harmony with the non-interest based Islamic banking model. Powered by the stability and the support of its strategic shareholders, Bank Islam Malaysia Berhad, The Islamic Development Bank based in Saudi Arabia and AB Bank in Bangladesh, Amãna Bank is making inroads within the Sri Lankan banking industry and is focused on capitalizing the growing market potential for the unique banking model across the country. 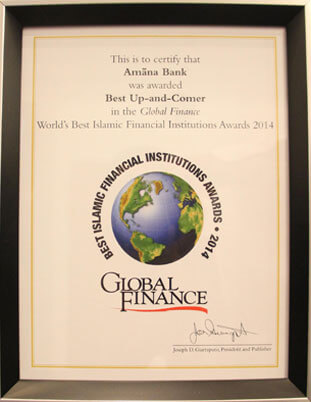 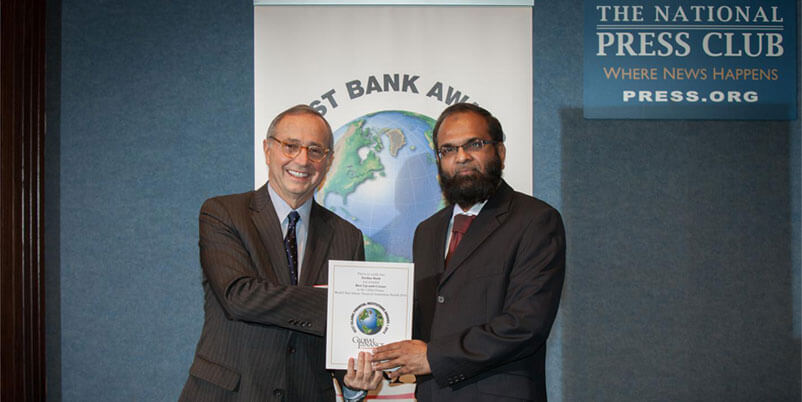