Reminiscing the nostalgic moment which brought the entire country to an aura of celebrations, Amana Bank recently commemorated the 25th Anniversary of Sri Lanka’s famous 1996 Cricket World Cup victory. As part of its commemorations, the Bank carried out a quiz competition on its social media platforms, where a series of questions were asked on the Sri Lankan team’s performance during the World Cup. Having answered all the questions correctly, Kavisha Senaweera, Uzmaan Ghouse and Ishrath Imtiaz were selected as the 3 lucky winners.

Commenting on the event proceedings, Hon. Arjuna Ranatunga said “It is an honour and joy to witness the sentiments and emotions of the public towards our famous victory, 25 years ago. Against many odds, we were able to bring victory and glory to Sri Lanka and unite the entire country as one, around this historic win. I am thankful to Amãna Bank for valuing and reliving this moment. I would also like to congratulate the 3 winners for their exemplary knowledge of our world cup campaign.”

Also sharing his thoughts on the Bank’s flagship CSR initiative OrphanCare, Ranatunga said “Myself having a strong passion towards supporting and caring for orphans, I am truly inspired by the Bank’s OrphanCare venture which assists orphan children as they move to adulthood, a transition period in which they are very much forgotten and neglected. I look forward to engage with this noble cause and I believe cricket, like it has united 20 million people, will be a great platform to take this message to the general public and internationally.”

Commenting on the event, the Bank’s Chief Executive Officer Mohamed Azmeer said “We are truly honoured and privileged to have Hon. Arjuna Ranatunga with us today as we reward the winners of our 1996 World Cup commemoration quiz competition. The platform of cricket has ignited patriotism within the hearts of every Sri Lankan and this was testified by the overwhelming response we received for our social media competition. Having heard Captain Cool’s words of wisdom and experience, it is truly inspiring to witness such charismatic and value driven leadership, which resulted in victory. I believe each of us can learn from such great leadership. We are also thankful for Arjuna’s words of encouragement on our OrphanCare initiative and look forward to his engagement and support in this regard.”

The event was concluded by Amãna Bank staff member Marshad Barry presenting a book he had authored in Sinhala on the World Cup history to Hon. Arjuna Ranatunga.

Amãna Bank PLC is a stand-alone institution licensed by the Central Bank of Sri Lanka and listed on the Colombo Stock Exchange with Jeddah based IsDB Group being the principal shareholder having a 29.97% shareholding of the Bank. The IsDB Group is a ‘AAA’ rated multilateral development financial institution with a membership of 57 countries. Amãna Bank does not have any subsidiaries, associates or affiliated institutions, other than the ‘OrphanCare’ Trust. 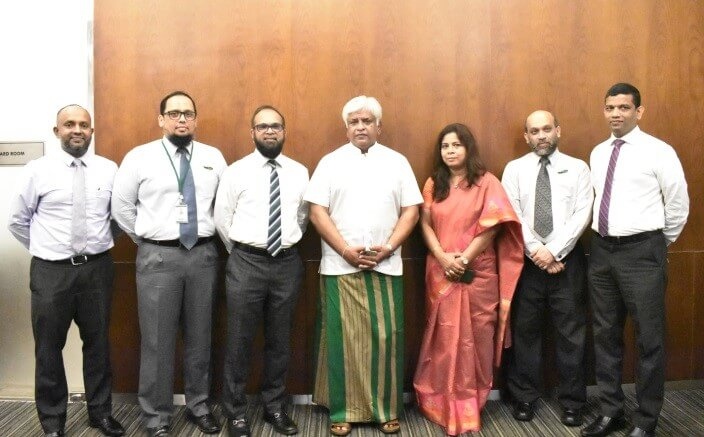 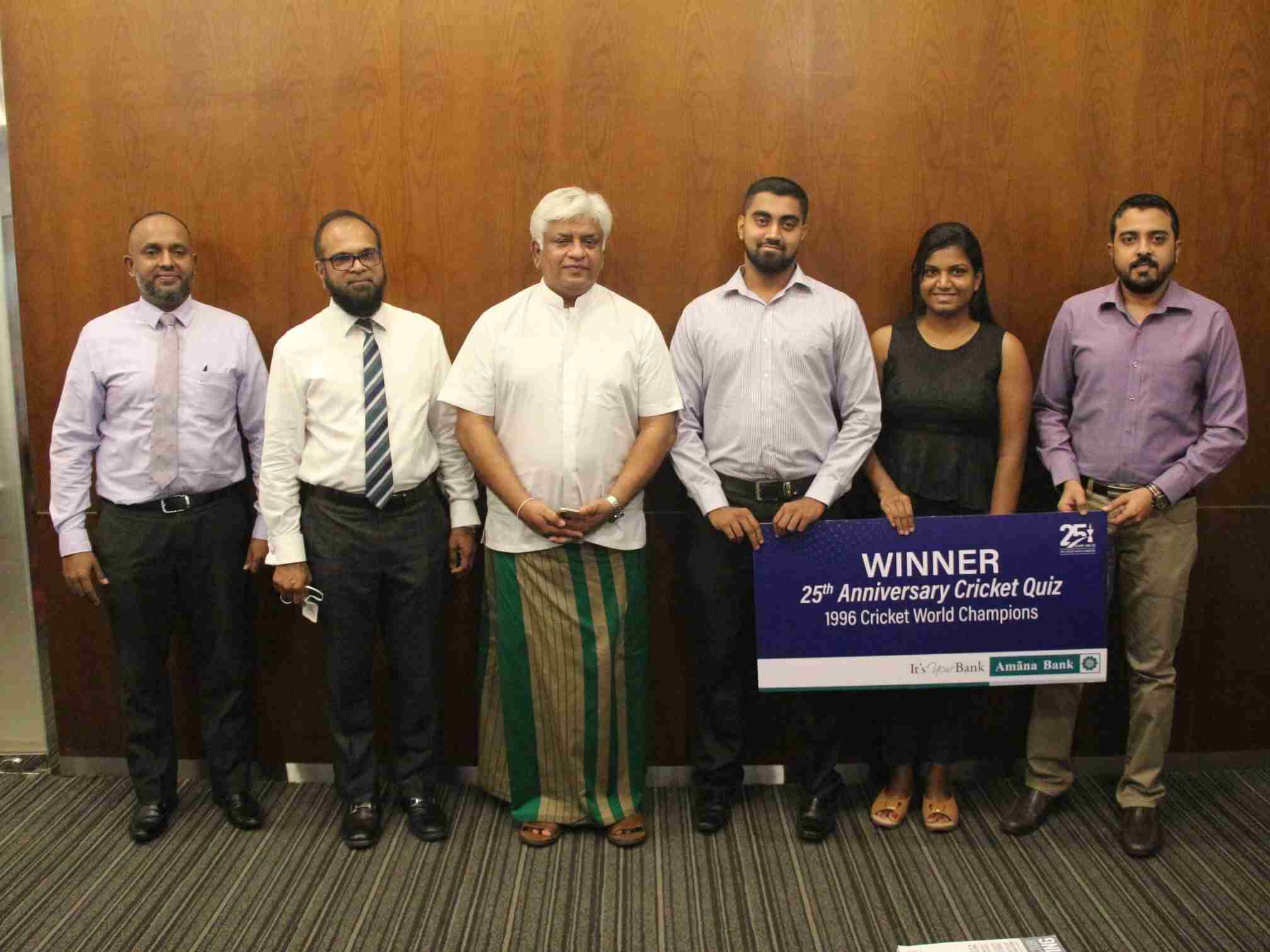