Commemorating the country’s 72nd Independence Day, Amãna Bank recently launched its Independence Day celebrations under the theme ‘Let us stand together under one flag towards enabling growth and enriching lives’.

As part of the campaign, the Bank is recognizing prominent personalities who have brought honor and glory to the country, as well as key officials and customers, by gifting them Sri Lanka table top flags with a vision to instill pride and honour towards our motherland. Alongside the distinguished invitees present at the launch occasion, the Bank also recognized its fellow staff members who have brought honour to the country namely Mushtaq Jiffrey (Former National 7’s Rugby Player and Head Coach of National U-18 Asian Rugby 7’s Championship Side), Asik Alavi (Former Captain of Sri Lanka Soft Ball Cricket Team) and Riyaz Noor (Represented Sri Lanka at Asian Snooker Championship).

Sharing his views at the occasion Amãna Bank Senior Director Jazri Magdon Ismail said “As a patriotic and noble gesture, we are pleased to extend our gratitude to those individuals who have brought immense pride to the country”

Commenting on this initiative, the Bank’s Chief Executive Officer Mohamed Azmeer said “As Sri Lanka commemorates its 72nd Independence Day, we are extremely pleased to recognize these personalities for not only bringing honour to our country, but through their achievements and contributions they have also been successful in uniting our nation. With a mission to enable growth and enrich lives through providing people friendly banking solutions, Amãna Bank is happy to serve all Sri Lankans under one flag.”

Also sharing his thoughts at the event Amãna Bank Orphan Care Trust Chairman Ruzly Hussain said “Amãna Bank Orphan Care was launched as a national project, and as we celebrate our unity as one nation, I am happy to note that our initiative has reached out to over 2,500 orphans in the country irrespective of their race, ethnicity or religion.”

Amana Bank PLC is a stand-alone institution licensed by the Central Bank of Sri Lanka and listed on the Colombo Stock Exchange with Jeddah based IDB Group being the principal shareholder having a 29.97% shareholding of the Bank. The IDB Group is a ‘AAA’ rated multilateral development financial institution with an authorized capital base of over USD 150 Billion and has a membership of 57 countries. In June 2019 Fitch ratings affirmed Amana Bank’s National long term Rating of BB (lka) with a positive outlook. Amãna Bank does not have any subsidiaries, associates or affiliated institutions representing the Bank. 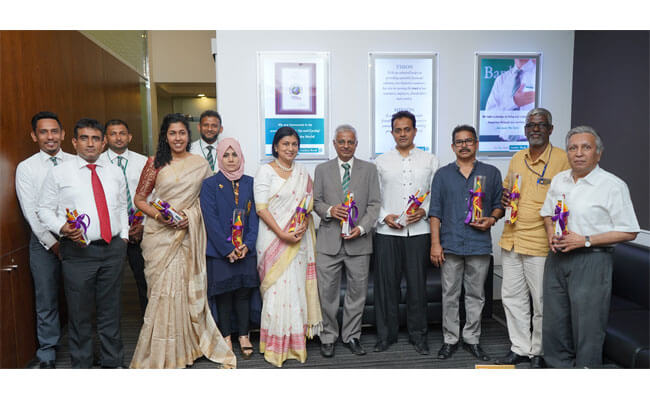