Amãna Bank completed a successful 2017 by achieving a Profit After Tax of Rs 502.8 million, reflecting a remarkable YoY growth from Rs 40.6 million in 2016. Profit Before Tax for the same period showcased a 619% growth to read at Rs 739.3 million.

The Bank’s Financing Income for 2017 grew by Rs 1.5 billion or 37% YoY to Rs 5.54 billion while its Net Financing Income grew by 43% YoY to close at Rs 2.75 billion. The Bank’s Net Operating Income after impairment charges reached Rs 3.0 billion reflecting a healthy growth of 39% from the corresponding period of 2016. The increase in Total Operating Expenses was maintained within a commendable 5% when compared with 2016. As a result, the Bank posted an Operating Profit Before VAT & NBT of Rs 1.06 billion which was a significant increase of 290% from Rs 271.0 million recorded a year ago.

The Bank’s Total Assets grew by a healthy 17% to close at Rs 63.5 billion, while its Customer Advances and Customer Deposits showcased noteworthy improvements closing at Rs 42.9 billion and Rs 50.9 billion respectively. Amãna Bank’s Financing Margin improved to 4.2% from 3.6% recorded at the end of 2016. In addition, the Bank continued to maintain a healthy Net Non-Performing Advances Ratio of 0.68%. The Gross Non-Performing Advances Ratio at the close of the year stood below the industry average at 1.89%. The Bank closed the year with a Total Equity base of Rs 11.3 billion while the Net Assets per share stood at Rs 4.52 against the Market Price of Rs 3.70 as at 31 December 2017.

Commenting on its 2017 performance, the Bank’s Chairman Osman Kassim said “2017 has been a landmark year for the Bank as it has been able to not only showcase a remarkable bottom-line growth but was also successful in gaining the confidence of its shareholders who whole-heartedly supported the doubling of our capital. 29.97% of the Bank’s shareholding is now held by Jeddah based, ‘AAA’ rated IDB Group which is represented in 57 countries. I am thankful to my shareholders and fellow directors and appreciate the management and staff for their continued support and dedication. We look forward to taking this positive trend in performance into 2018 and beyond.”

Also sharing his views, the Bank’s Chief Executive Officer Mohamed Azmeer said “I am delighted on the Bank’s exceptional performance in 2017. The milestones we reached are a result of the Bank’s model based focus on economic inclusivity, embedded in our 5-year strategic plan with a greater focus on SME and Consumer markets. In 2018 we plan to maintain and improve our strong track record in cost management, while focusing on enhancing customer experience, leveraging on technology and innovation. We thank our shareholders for their confidence and patience which we look forward to rewarding in the near future.”

The Bank was recognized as the Best ‘Up-and-Comer’ Islamic Bank of the World by ‘Global Finance Magazine’ at the 18th Annual World’s Best Banks Award Ceremony held in Washington DC, USA. The Bank has also bestowed the coveted title ‘Islamic Finance Entity of the Year’ at the inaugural Islamic Finance Forum of South Asia Awards Ceremony.

Amãna Bank PLC is a stand-alone institution licensed by the Central Bank of Sri Lanka and listed on the Colombo Stock Exchange with Jeddah based IDB Group being the principal shareholder having a 29.97% stake of the Bank. The IDB Group is a ‘AAA’ rated multilateral development financial institution with an authorized capital of over USD 150 Billion which has a membership of 57 countries. Fitch Ratings, in October 2017, affirmed Amãna Bank’s National Long Term Rating of BB(lka) with a Stable Outlook. Amãna Bank does not have any subsidiaries, associates or affiliated institutions representing the Bank. 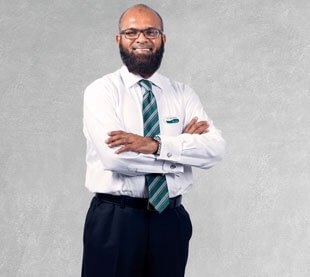 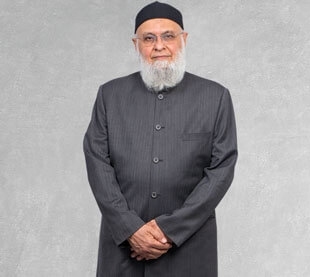