Amãna Bank Toastmasters Club, identified to be amongst the flourishing clubs of the Toastmasters District 82, further strengthened its stake when it was awarded the prestigious Golden Gavel Award for the year 2019/2020.

The Golden Gavel Award, the highest honour for clubs in Toastmasters, is awarded in recognition of a club’s outstanding achievements in communication and leadership, having fulfilled stipulated goals set by Toastmasters International and District 82. In addition to the Golden Gavel Award, the club was also recognized with the Emerging Club Gold Award as well as the Smedely and Talk-Up Toastmasters Membership Development Awards for the year 2019/2020. Established in 2014, Amãna Bank Toastmasters Club has been at the forefront in the Toastmaster fraternity with many club and individual achievements since inception. The Club has been accredited with the President’s Distinguished Award for three consecutive years in 2017/2018, 2018/2019 and 2019/2020.

Commenting on the progress thus far, TM Gihan Kehelella (Manager – Operations Department), the Immediate Past President of the Club said, “It gives me great pleasure to have been able to lead a club as diverse as Amana Bank Toastmasters Club. I have to note that Amana Bank Toastmasters Club has been able to deliver great insights and productive outputs in terms of communication, leadership, integrity and punctuality that seem to be key values expected from a banker. I believe that the club would help nurture skills of the whole Amana Bank fraternity.”

The District Director of Toastmasters District 82, DTM Sarma Mahalingam commenting on the contribution made by Amana Bank said, “It is quite commendable to note the growth of Amana Bank Toastmasters Club throughout the years. I am pleased to have been able to witness the education, training and programming efforts of the Club. I would like to acknowledge the efforts of the current club officers and the past committee for their work for bringing up the Club to where it is today. I would also like to acknowledge the support rendered by management of Amana Bank for establishing and fostering this Toastmasters club. I’m sure that the club will enable its members to improve their communication and leadership skills, thereby positively contributing towards Amana Bank.”

Toastmasters is an International Organization that facilitates in collective skill development for those aspiring to improve communication, public speaking and leadership skills through designated pathways, diverse club structures and responsibilities that nurture individuals. In Sri Lanka, Toastmasters in represented by over 3,500 members from 160+ clubs in 60+ cities. 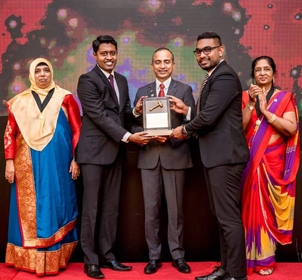 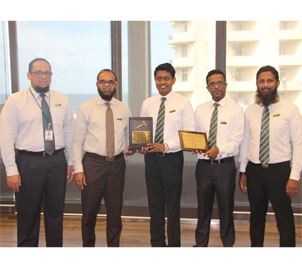