The IFN Polls takes an unbiased and all-encompassing approach in selecting the best banks in the world. Since its establishment in 2005, it continues to be the appropriate representation of the current Islamic financial market landscape and is the industry’s most comprehensive annual poll. Islamic finance issuers, investors, non-banking financial intermediaries and government bodies from around the world are invited to participate by casting their votes.

The accolade was presented to the Bank’s Chief Executive Officer, Mohamed Azmeer, at an awards ceremony held at the Ritz Carlton Hotel in Dubai recently. Commenting on the award Azmeer said “We are indeed honoured once again for the Islamic finance industry for voting us as the Best Islamic Finance provider in the country, which reflects our commitment to grow this nascent industry. As this award is based on a global-poll, it demonstrates the confidence people have in us from across the world. 2015 has been a successful year in Amana Bank’s history, as it was the first year to record profits from our core business activities. I am thankful to all our key stakeholders who have supported in our journey to make our business model a success.”

Amãna Bank is the first Licensed Commercial Bank in Sri Lanka to operate in complete harmony with the non-interest based Islamic banking model and is listed on the Diri Savi Board of the Colombo Stock Exchange. Fitch Ratings, in October 2015, affirmed the Bank’s National Long Term Rating of BB(lka) with a Stable Outlook. In 2015, the Bank recorded a pre-tax profit of LKR 218.7 million, reflecting growth of 372.5%. The Bank was recognized as the Best ‘Up-and-Comer’ Islamic Bank of the World by ‘Global Finance Magazine’ at the 18th Annual World’s Best Banks Award Ceremony 2014 held in Washington DC, USA. Powered by the stability and support of its strategic shareholders including, Bank Islam Malaysia Berhad, AB Bank in Bangladesh and The Islamic Development Bank based in Saudi Arabia, Amãna Bank is making strong inroads within the Sri Lankan banking industry and is focused on capitalizing the growing market potential for its unique banking model across the country. 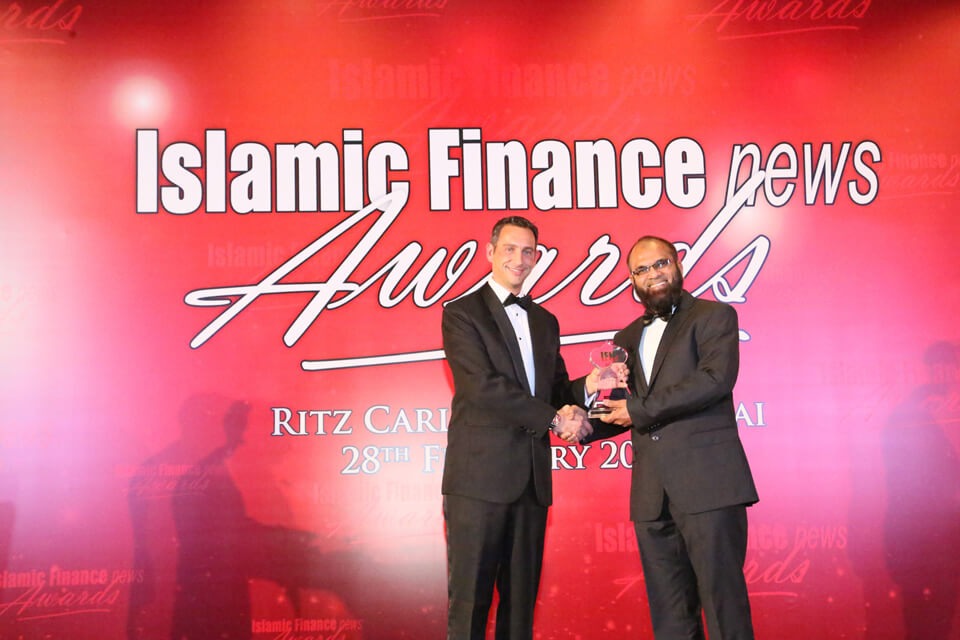