Amãna Bank was recently adjudged the IRBA Social Responsible Bank of the Year 2019 in recognition for the Bank’s flagship CSR venture Amãna Bank OrphanCare. Held in Muscat – Oman, the IRB Awards is a platform that recognizes the performances and projects of non-interest based financial institutions from all across the globe.

Amãna Bank OrphanCare was launched earlier this year with the aim of addressing a very important yet mostly unattended need of orphan children; which is to secure the fate of orphans once they reach the age of 18 and are compelled to leave institutional care. Through OrphanCare, the Bank is accumulating deposits to accounts of enrolled orphan children, who will be able to access such funds when they reach the age of 18.

With over 14,000 registered orphans in the country, Amãna Bank Orphan Care which is established as an independent trust with all operational expenditure of the trust borne by Amãna Bank, has to date enrolled over 2,500 orphans to the program representing 75 orphanages with the objective of reaching out to all orphans in the country.

Collecting the award on behalf of the Bank, VP Retail Banking & Marketing Siddeeque Akbar said “We are truly honoured to have our OrphanCare initiative being recognized on an international platform, which testifies the global appeal OrphanCare has achieved in a short period since launch.” Also commenting on the accolade, OrphanCare Trust Chairman Ruzly Hussain said “It is indeed a privilege for an international body to recognize our efforts in helping orphan children get back on their feet once they turn 18. Further this accolade also recognizes our uniqueness, where we have pledged that every rupee donated to the OrphanCare Trust will be directly allocated for orphan accounts, as Amãna Bank is generously bearing all operating and administrative costs of the trust.” 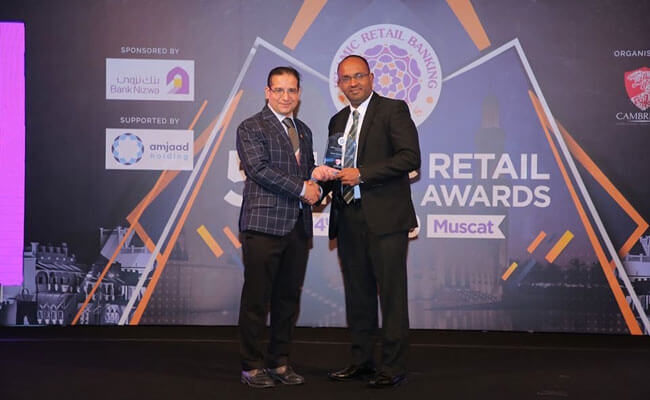